Power Gating is yet another effective implementation employed in Low Power Designs. Unlike Clock Gating, which saves the dynamic power, Power Gating saves the leakage power. As we move from micron (i.e. greater than 90nm) technology nodes to sub-micron (i.e. less than 90nm) technology nodes, leakage power dissipation dominates the dynamic power dissipation. It is therefore employed very frequently in modern SoCs. We shall talk about the structure of a power gate in this post. 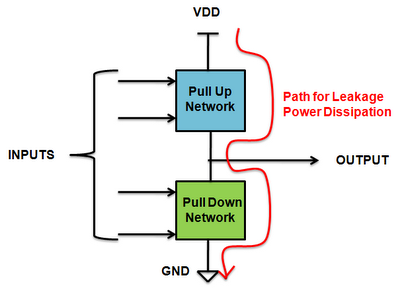 At any point of time, if a direct path would exist from the power supply (VDD) and the ground (GND), the circuit would continue to dissipate leakage power. What is the possible turnaround? One can gate the power and ground terminals from the circuit when it is not intended to be used. That's what is accomplished by a power gate! Let's take a look at the circuit. 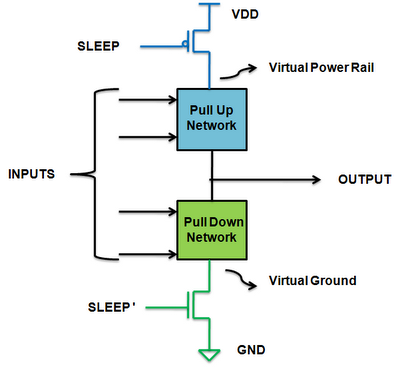